Skip to content
Home>Publikation>WIDE publication: The Europe we want?

WIDE publication: The Europe we want?

(21.11.2018) This WIDE publication discusses issues around gender and migration in Europe, with a special focus on challenges in Spain, Austria, Poland, Belgium and Sweden. The publication is the result of a two years project supported through the Erasmus+ programme of the European Union, and it is meant to serve as a resource for adult educators and the interested public.

Overcome the invisibility of refugee and migrant women

The current debate of the “Global Compact for Safe, Orderly and Regular Migration” shows how ‘migration’ remains a highly disputed issue. It is being used and manipulated by right wing populist parties who promise ‘security’ by impeding immigration, whilst masking problems of inequality and social insecurity in Europe.

The restrictive and externalized European border regime has a heavy impact on the personal safety and security of refugees and migrants, especially for women. Whereas root causes of (forced) migration urgently need to be tackled, security demands must be balanced against the respect for (women´s) human rights and the benefits of migration.

Almost half of the international migrants and refugees are female. In order to understand specific push factors for women who leave their countries, the specific disadvantages of women and girls need to be taken into account, such as structures of discrimination against women in civil life and culture, for example a lack of education or professional training for girls, absence of sexual and reproductive rights and other factors that hinder them to live a life in dignity and/or to sustain their families.

Based on the workshops and transnational partnership meetings carried out in 2017/18, the publication unites analysis on gender, migration, and democracy from Austria, Belgium, Poland, Spain and Sweden. Some main aspects:

For the empowerment of refugee and migrant women in Europe, much can be learnt from good practise in different countries on how to contribute positively to the physical and psychological health of women and their empowerment, including action against gendered and culturalized forms of racism.

Given the crucial role of education to overcome racism and promote sustainable and socially just societies, we demand that policy makers in Europe promote educational programs that aim at a better understanding of global power relations, inequalities, conflicts and push-factors for migration, including the drivers for women´s migration; and to (further) promote local and international exchange on good practise in the area of refugee and migrant women´s rights, empowerment and democratic participation, both at state and civil society level.

As civil society engagement plays a major role in dealing with migration, we demand to include civil society organisations – including migrant women´s organisations – into policy making processes. Furthermore, it is crucial to increase awareness-raising about culturalized and gendered forms of racism among the youth and adults, and to promote critical media competence on these issues.

During two years, five women´s NGOs active in the field of development cooperation and adult education – have cooperated within the Erasmus+ programme “The Europe we want?” which enabled them to exchange experiences, discuss feminist anti-racist strategies and get to know good practise in the area of refugee and migrant women rights and adult education in five European countries.

Beyond a critical analysis of current trends at states´ and EU level, the authors have put a focus on highlighting civil society initiatives that can serve as good practise examples, from support initiatives for migrant and refugee women to feminist protest action. Useful resources on European law and training material for adult educators are annexed.

Disclaimer:
The European Commission support for the production of this publication does not constitute an endorsement of the contents which reflects the views only of the authors, and the Commission cannot be held responsible for any use which may be made of the information contained therein. 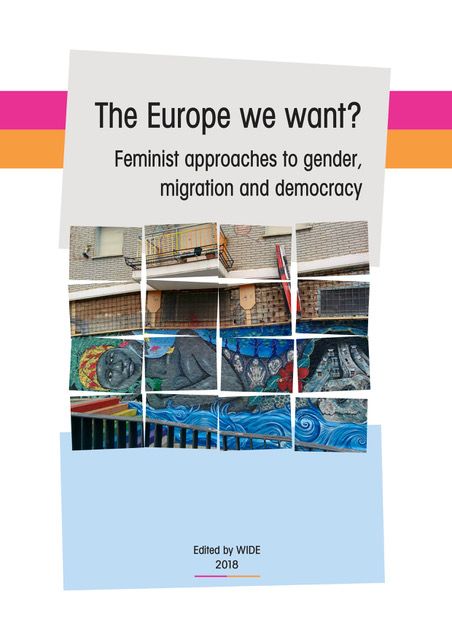