(8.7.2013) More than 140 people from civil society organizations around the world gathered in Vienna on 25./26. June 2013, on the occasion of the 20th anniversary of the 1993 World Conference on Human Rights and its Vienna Declaration and Programme of Action. 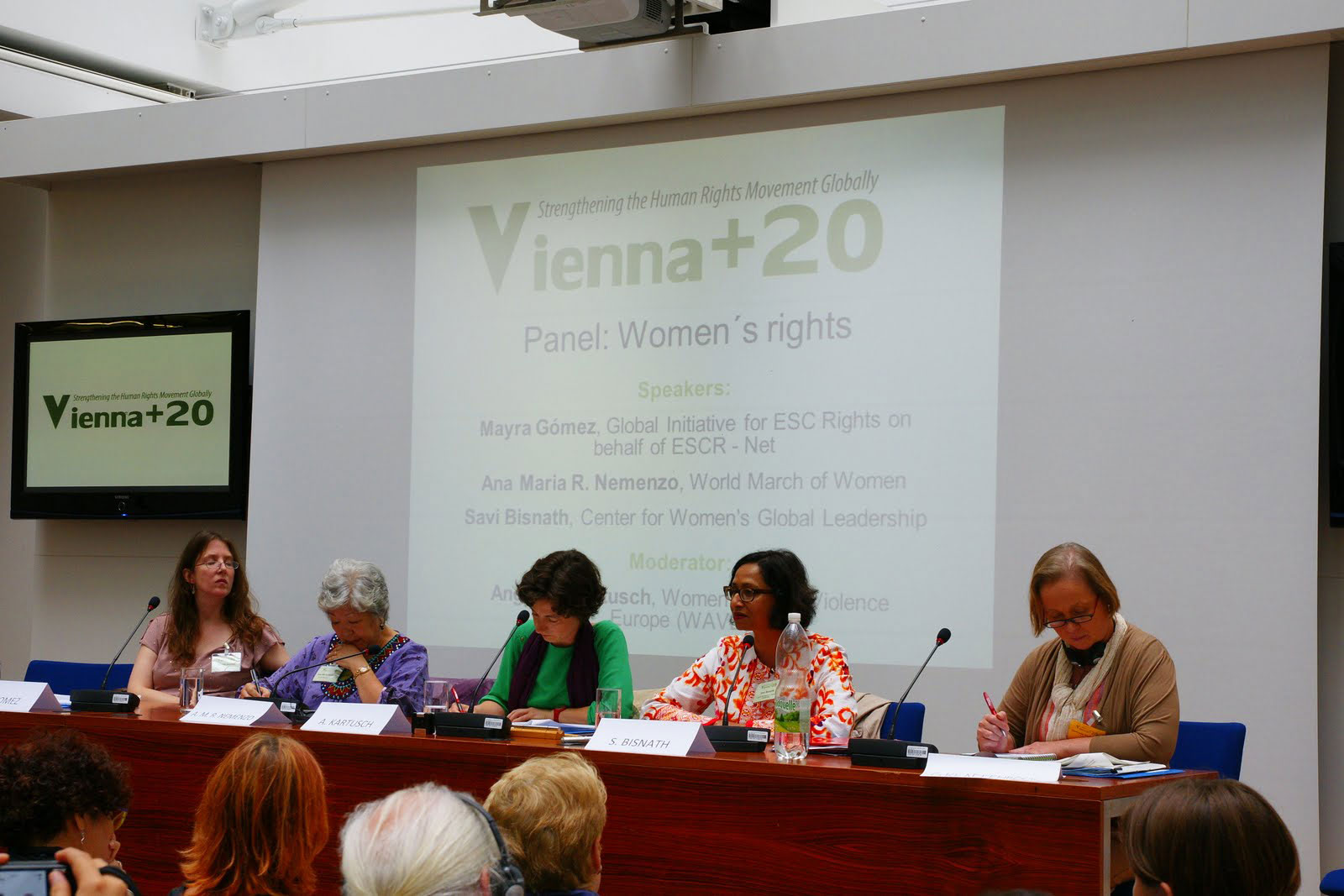 The Conference discussed and adopted a forward looking declaration, based on months of extensive prior consultation in various preparatory groups on the different parts. WIDE Austria was active in the preparation of the women´s rights chapter. The Declaration was adopted with broad support on 26 June, at the end of the NGO conference.

The Vienna+20 CSO Declaration stresses the primacy of human rights. Respect, protection and fulfilment of all human rights are the first responsibilities of states. Despite progress made in human rights protection, vested interests, in particular corporate interests, tend to prevail, even in multilateral fora and agreements. Especially economic, social and cultural rights still lack adequate forms of legal sanctions as compared to other legal regimes such as international commercial law.

The CSO Conference expressed deep concern over the increasing criminalization of, and assaults upon human rights defenders – including refugees and migrants – and the increasing exploitation of women in the context of global capitalism. It stressed that the realization of women’s rights and gender equality, along with the right to live free from discrimination, lays a key foundation for the whole of human rights.

Pictures from the Vienna+20 action week: Vienna plus 20 at Flickr.