Skip to content
Home>Publikation>Bericht>Climate change, gender and women in the global South

Climate change, gender and women in the global South

Snapshots of impacts, challenges and actions

(26.11.2019) Climate change has broad economy-wide impacts but also specific sectoral and cross-sectoral impacts for developing countries’ economies and the lives and livelihoods of the men, women and children within those economies.

The impacts include multiple damages to infrastructure with implications for economic growth and trade, and losses and damage to resources and properties, which contribute to displacement, migration and conflicts.

Specific economy-wide effects of climate change include hampered potential growth, increased cost of rehabilitation and diverting funds from development, and the cross-sectoral impacts on employment, production and reduced government revenues from decreased productivity of sectors such as agriculture, forestry and fisheries.

The challenges for a large proportion of women and men in developing countries are at least fourfold: rising water scarcity and shortage, food insecurity, loss of employment and, ultimately, loss of lives. For example, men and women suffer different health effects and differences in mortality rates during climate-related extreme events.

Pregnant women are also extremely vulnerable to vector- and water-borne diseases linked to floods (which may increase the breeding of mosquitos and other pests ), which are intensified by climate change. In many cases, droughts also tend to affect women’s and girls’ health and nutritional status because of these groups’ pre-existing nutritional deficits. (….) 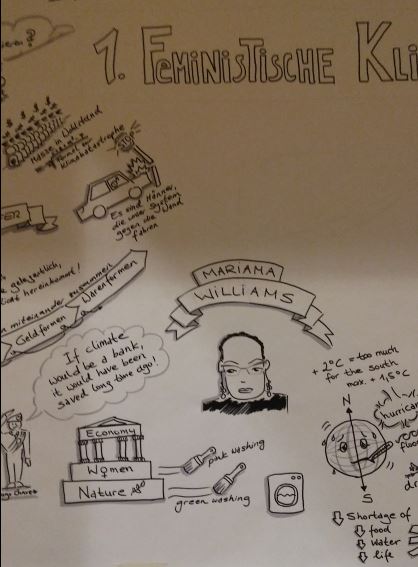