(19.9.2018) In the framework of the EU Presidency of Austria, this report was presented on 19 September by Celine Mias from CARE Interantional in an event organized by WIDE, Global Responsibility and CARE Austria in Vienna.

In September 2015, the EU adopted the Joint Staff Working Document ‘Gender Equality and Women’s Empowerment: Transforming the Lives of Girls and Women through EU External Relations 2016-2020’, also known as the ‘Gender Action Plan (GAP) II’. The GAP is THE framework for promoting gender equality and women’s empowerment in the EU’s external relations.

Two years later, its first annual progress report showed that key challenges remain and much still needs to be done to ensure all EU actors meet GAP II commitments and all key priorities and gender-related SDGs are adequately addressed in the EU’s external action.

With this report “Transforming lives – EU Gender Action Plan II – From Implementation to Impact”, based on in-country research in Rwanda, Vietnam and Ghana, CONCORD aims to demonstrate, how the EU Gender Action Plan 2016-2020 is being implemented, and give recommendations on how to bring about a more impactful implementation, in particular in light of the GAP mid-term review, as an important contribution to women’s and girl’s human rights and the achievement of sustainable development worldwide.

The report shows evidence of enabling factors for GAP’s positive impact in the mid-long-term.

In all three countries, Rwanda, Vietnam and Ghana, there is an awareness of, and political commitment to, gender equality and women’s empowerment. But the next step is ensuring implementation and translation of policies and political will into practice.

Questions remain around implementation, and impact varies across population groups. Rural populations, minority populations and people with disabilities tend to be left behind. Where the objectives of GAP II match those of other donors and of the SDGs, strategic efforts to achieve them have a mutually reinforcing effect. All actors encourage the EU Delegation to increase its leadership role in coordination on gender, using its leverage.

In all three countries, there needs to be increased knowledge and commitment within the sectors and amongst those responsible for programming, especially in the priority sectors where large sums of money are directed to government through budget support. Gender must be mainstreamed in all sectors, including in non-social sectors such as trade, energy, agriculture and migration, and in a way to moves beyond the tick box approach. The EU must promote CSO inclusion at all levels if GAP II is to achieve its goal of transforming the lives of women and girls.

The wider external environment is relatively conducive
The implementation remains a concern
The efforts of the various actors are mutually reinforcing
A causal link between GAP II and positive change is hard to establish
CSO activity is bringing about change, but this is not reflected in the GAP II process

The wider external environment is relatively conducive
The implementation remains weak
Significant differences across regions, ethnic groups and social classes
Declining ODA and the increasing role of non-traditional donors represent a challenge for the sustainability of gender projects and programmes
The EU Delegation is showing signs of good practice in its implementation of GAP II

The wider external environment is eminently conducive: Gender-responsive budgeting is a requirement for all sectors. Laws and policy on gender are extensive.
The implementation remains a challenge and inequalities persist.
Engagement with CSOs around GAP II is limited

Summary of the report (pdf) 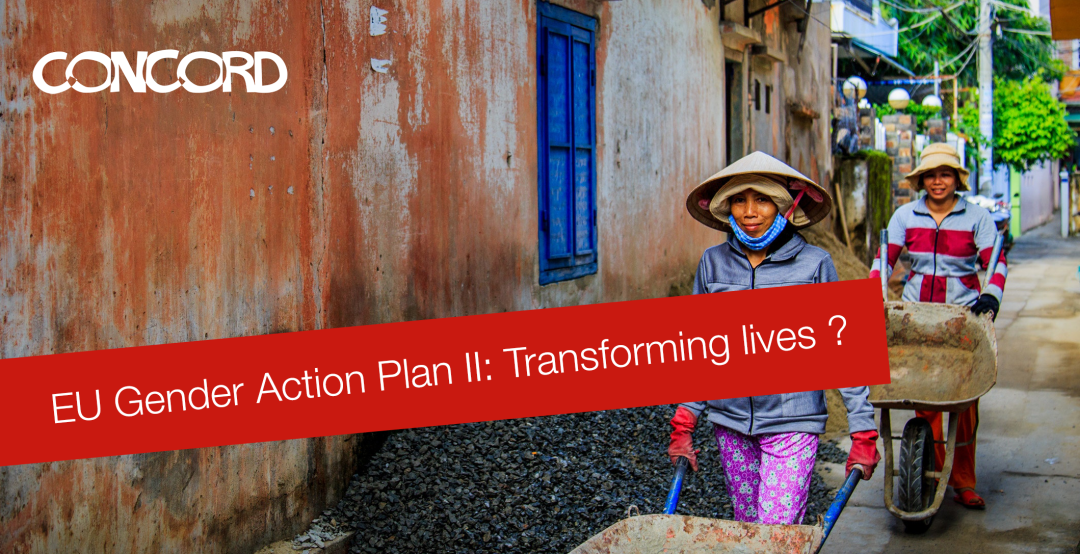