(8.7.2013) Due to women´s rights activism, women´s human rights made their way to the official agenda and finally played an important role at the UN Conference on Human Rights in Vienna 1993.

Remembering the historical steps done by the international community in 1993, where the UN Conference recognized violence against women as a human rights violation(read more in article of Charlotte Bunch), WIDE engaged actively in bringing women´s rights issues into the Vienna+20 CSO Conference, which took place on 25./26.6.2013 in Vienna (see www.viennaplus20.org).

The Conference discussed and adopted a forward looking declaration, based on months of extensive prior consultation in various preparatory groups on the different parts. 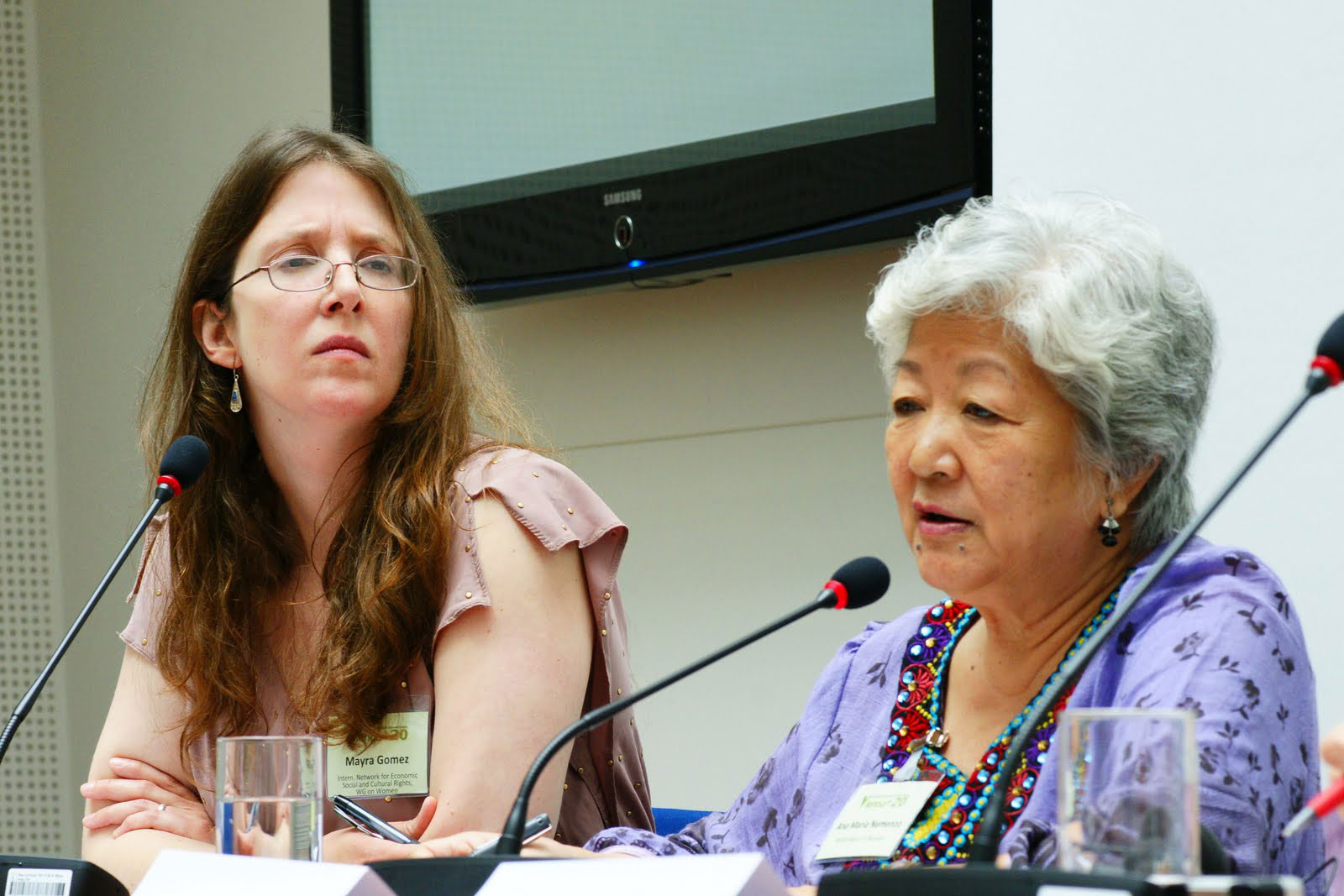 Regarding the chapter on women´s rights in the CSO Declaration, main contributions came from international women´s networks. “World March of Women”, “ESCR Net – Working Group on Women and Economic, Social and Cultural Rights” and the “Center for Women´s Global Leadership”, together with WIDE, acted as lead organizations in the women´s rights part of the preparatory process. At the CSO Conference Vienna+20, it was Princess Ana Maria Nemenzo, Savi Bisnath and Mayra Gómez (moderation: Angelika Kartusch) who presented the women´s rights section of the statement and answered to questions and comments from the other participants.

In the women´s rights chapter, emphasis was laid on:

International obligations in regard to human rights 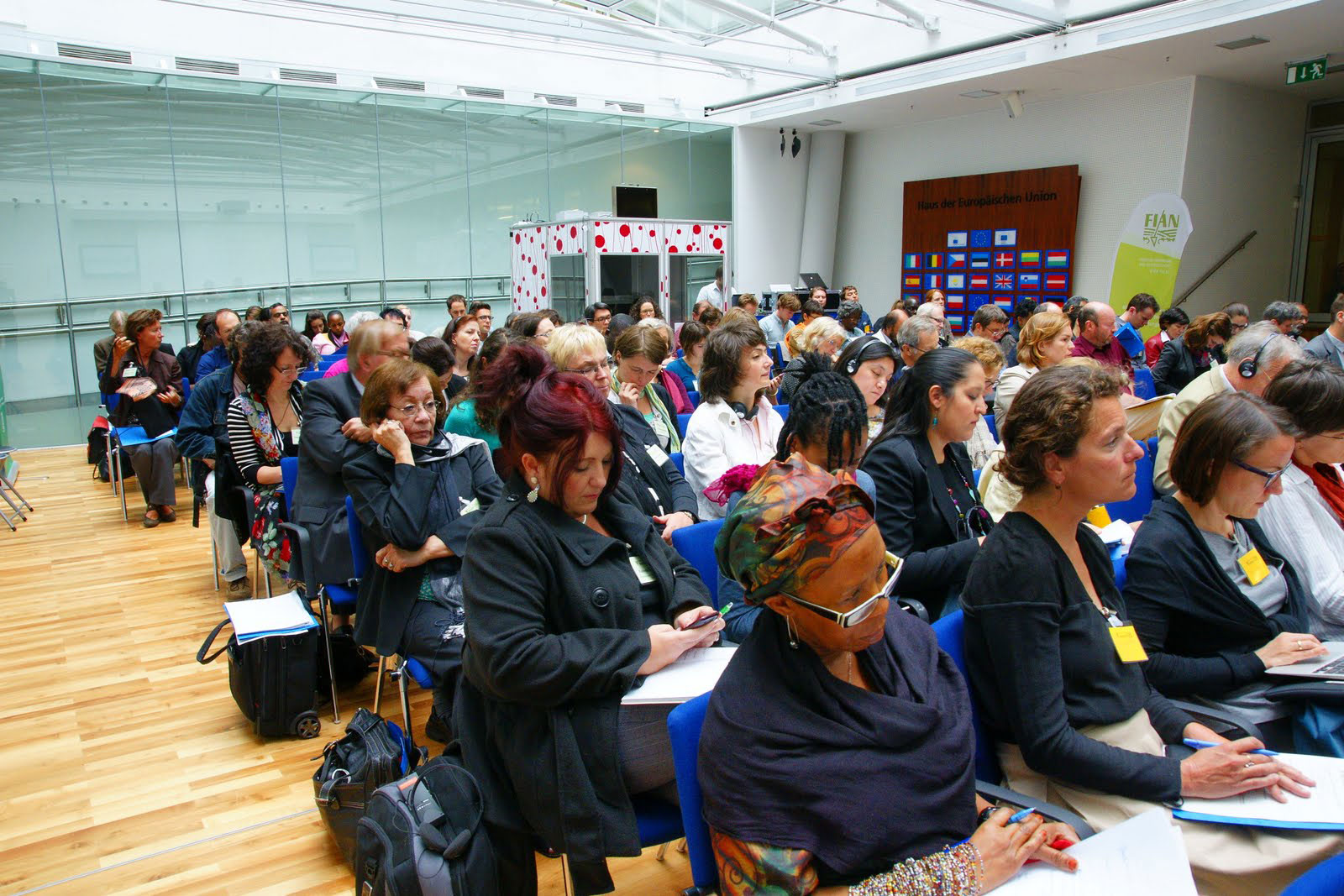 The red line throughout the CSO Conference was the critique on the substantial gaps in human rights protection, arising from the fact that many States still interpret their obligations as being applicable only, or primarily, within their own borders. Referring to a compilation of international responsibility already defined in international Human Rights law – the “Maastricht Principles on Extraterritorial Obligations of States in the Area of Economic, Social and Cultural Rights” – it was pointed out that without the acceptance and implementation of extraterritorial obligations, human rights cannot be universally realized, nor can they play a substantial role in the regulation of globalization. 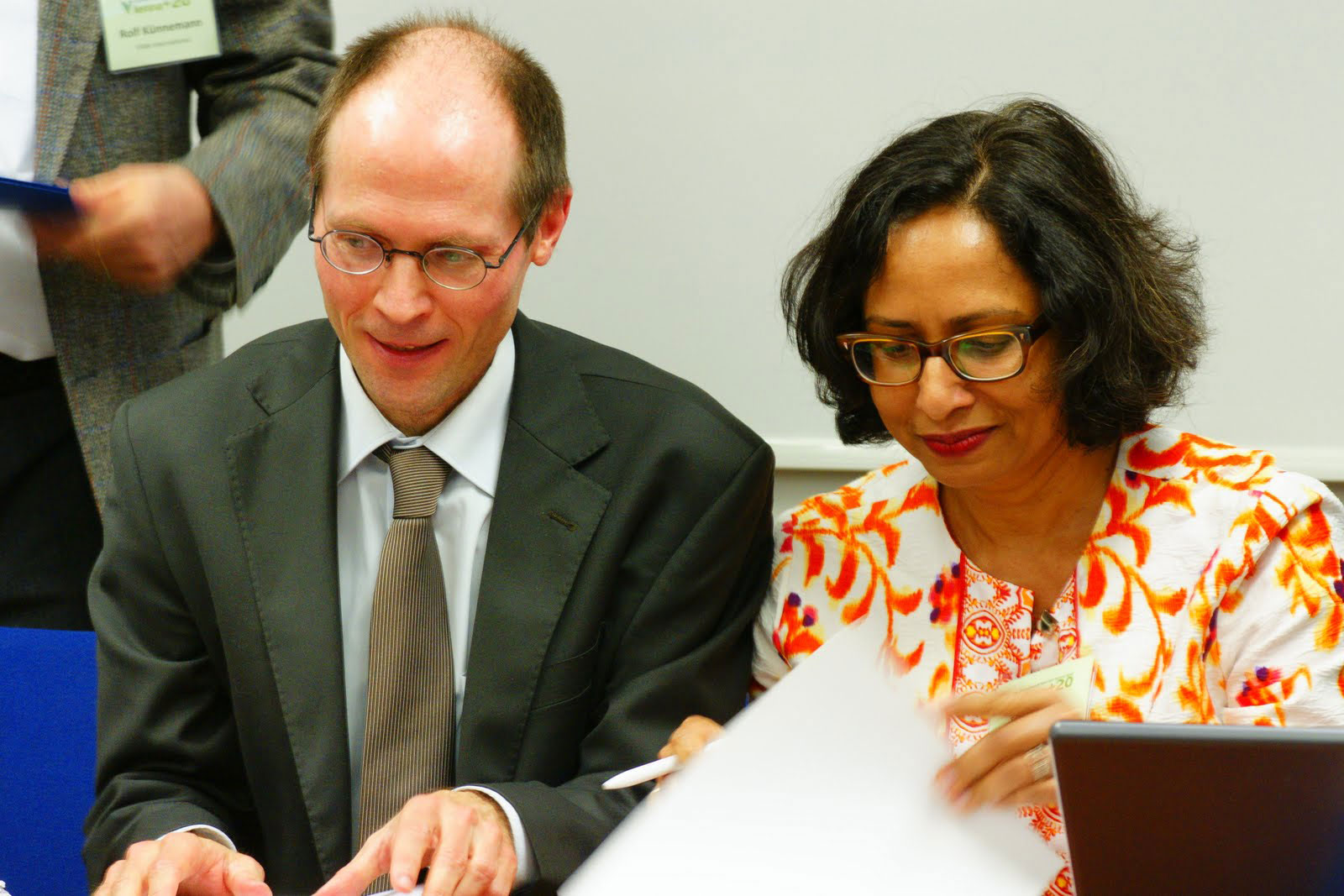 The Vienna+20 CSO Declaration demands accountability and binding regulation of transnational corporations and intergovernmental organizations and reminds States of their human rights obligations in the context of international cooperation and assistance. 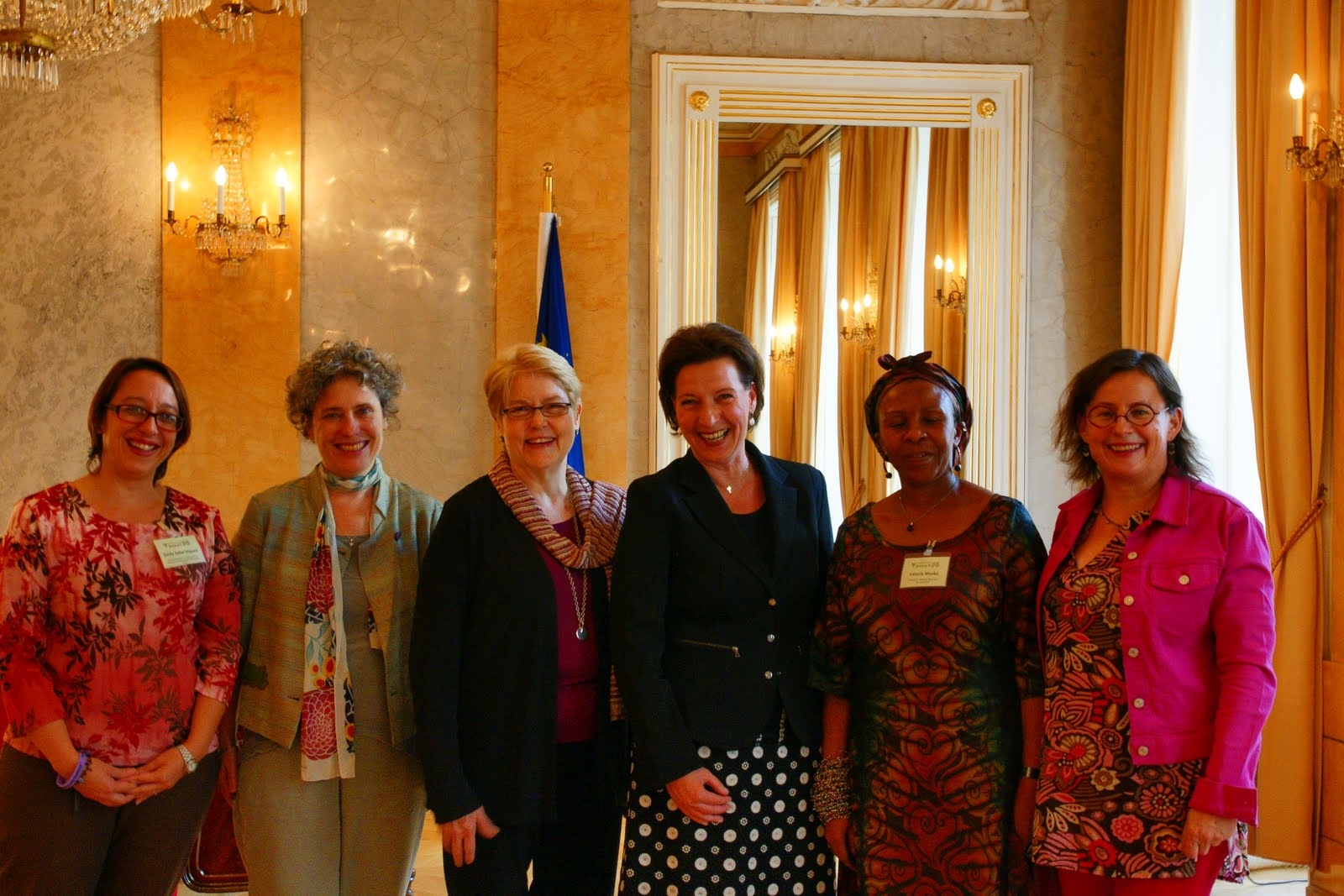 As a side event to the NGO conference, WIDE together with „Solidarity among Women“ and VIDC organized a special event on 25th June 2013 in cooperation with and at the Austrian Women´s Ministry. Around 150 persons attended the event „Women´s rights at stake?! Voices from international women´s rights activists“, with input from Charlotte Bunch, Rosa Logar, Valerie Msoka, Seidy Salas Víquez and Wendy Harcourt (see programme and pictures).

Other events: Viena+20 in Bilbao

In reference to the „Women´s Tribunal“ at the NGO Forum in 1993 (documentation available at CWGL), WIDE-Spain organized a Women´s Tribunal on 7./8. June 2013 in Bilbao – Tribunal de Derechos de las Mujeres Euskal Herria -, with testimonies on women´s rights violations from Latin America and Spain. At this symbolic tribunal, during two days experts heard the testemonies of eight women and the accusations of the prosecutors, then they came up with their resolution.
See http://tribunalderechosmujeres2013.blogspot.co.at/ and performance „Beats from the Tribunal“. 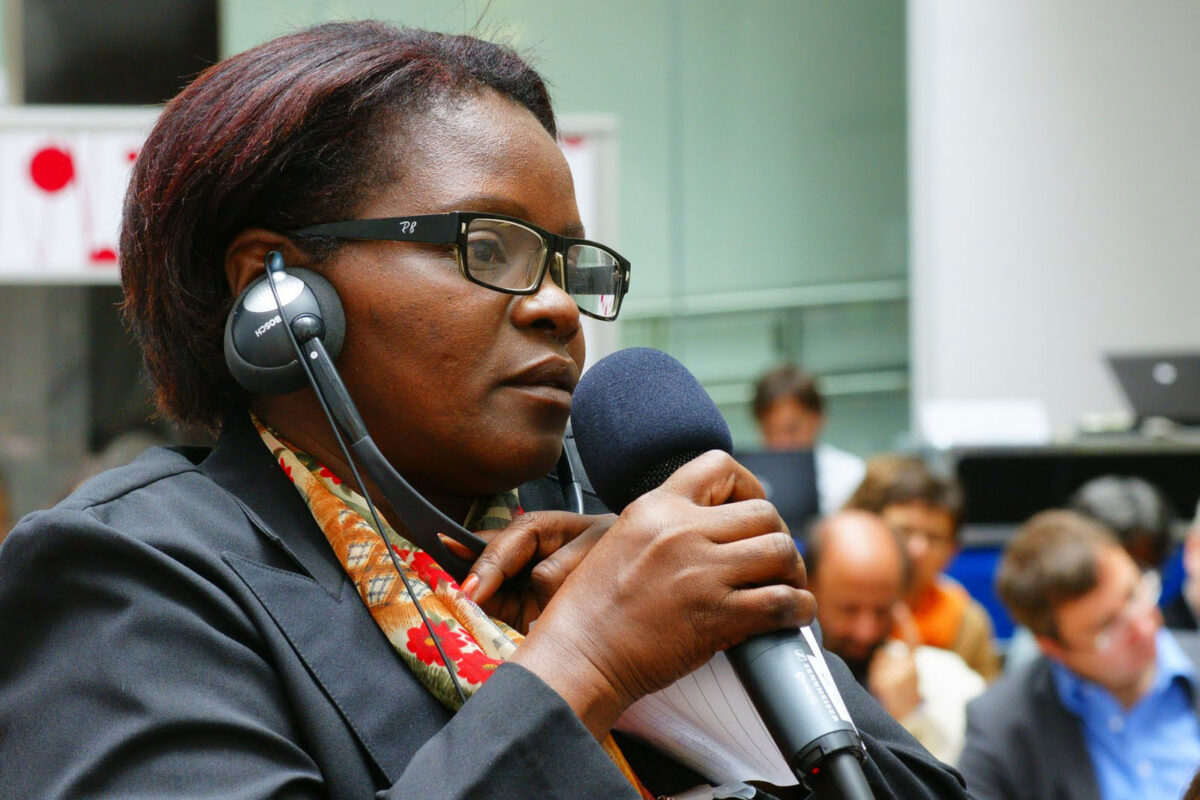